The Home of Skalar.org, and Freenode IRC channel forums.
https://forums.skalar.org/

by pitfall
As some of you guys may know, I recently bought a house (my first!). Now that I just moved into my new home about a month ago, I've been on a mission to find the perfect art to hang on my walls.

One of my childhood interests has been the American frontiersmen such as Daniel Boone, Kit Carson, etc.

I think what inspired this interest was my dad's Kentucky Longrifle that he used to hang above our fireplace alongside his black powder horns and possibles bag (satchel?).

Well, here I am in Pennsylvania where these rifles got their start as the Pennsylvania Longrifles, made by gunsmiths all around the Philadelphia area from Lancaster through Berks County. These gunsmiths adapted the design of the German Jaeger hunting rifles and tailored them to the needs of local hunters, trappers, and frontiersmen. Since locally produced black power was often not as fast-burning as black powder available in Europe, the barrels were made longer to allow more of the powder to burn. This, in turn, also had the side-effect of making the rifles more accurate. Other modifications that the Pennsylvania gunsmiths made were to the stock by slimming it down in order to reduce weight to compensate for the longer barrels. They also tended to reduce the caliber of the bore to reduce the weight of the ammunition that the trappers had to carry as they would often be out in the woods for extended periods (far longer than German hunters) and so weight was a real issue.

This past weekend I finally had some free time and took a trip up to Nazareth, Pennsylvania, which is where 5 generations of Henry's lived and worked making Pennsylvania Longrifles in the 1800's after moving there from Philadelphia.

It just so happened that while I was getting a tour of the workshop, I spotted an amazing piece of artwork hanging on the wall in the exhibit that the gentleman giving the tour explained was made by a local artist featuring some local re-enactors. As luck would have it, he told me to go downstairs to the gift shop and ask the ladies there if they had any prints left and they did! 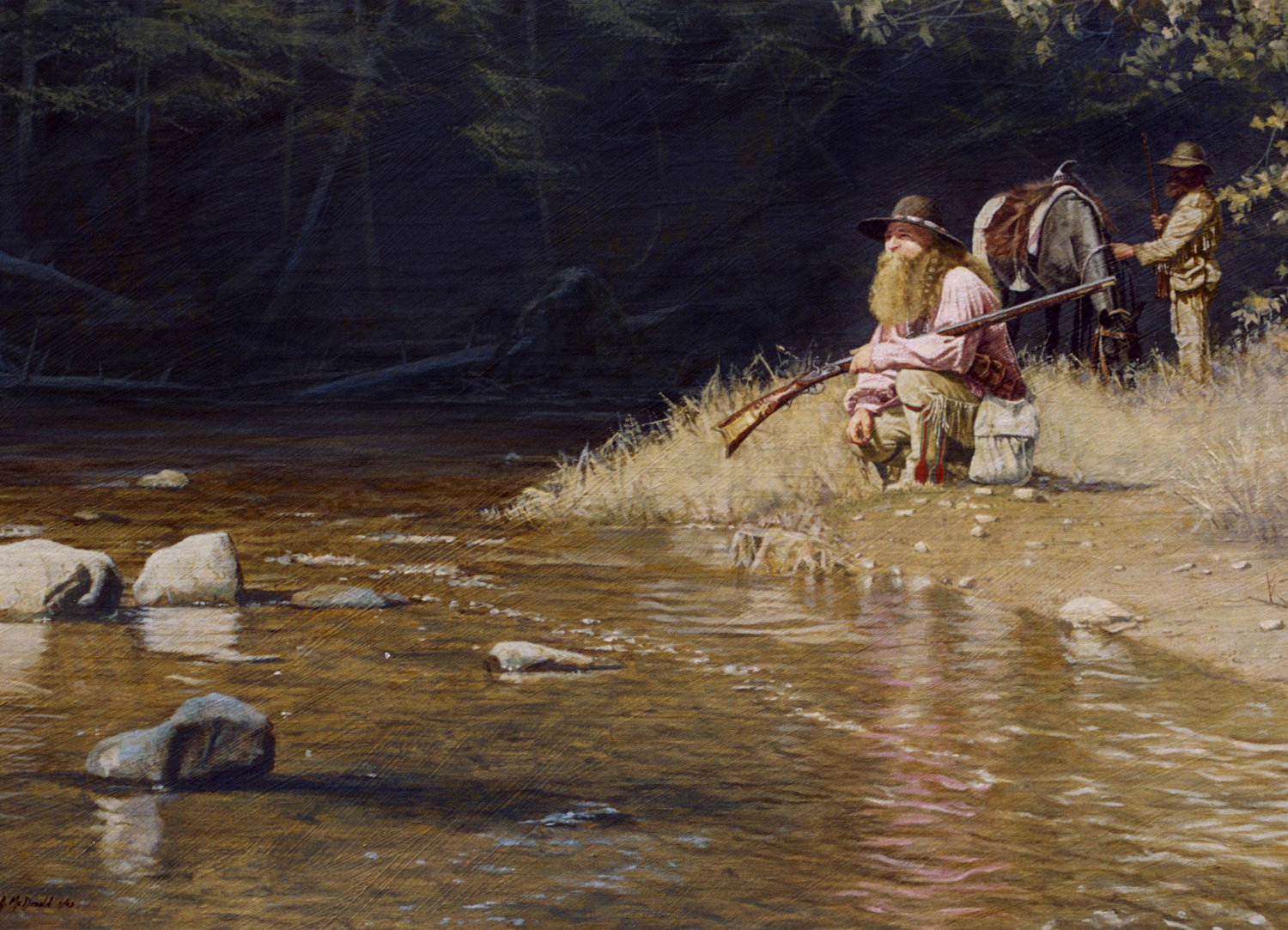 This will be the very first print that I'll be hanging on the walls of my new house. I could not have asked for something any more perfect than this!

Re: New wall art for my new house

I have a lot of barren walls in my house. Kinda curious if I should fill them up with art.


its not gun-related, but I've always liked Ivan Aivazovsky's "The Ninth Wave" The title refers to a sailor's expression that the 9th wave is the cataclysmic one after sequentially larger waves. That kinda' resonates with me. The life lesson of "its not how hard you hit, just how many hits you take and keep on going." 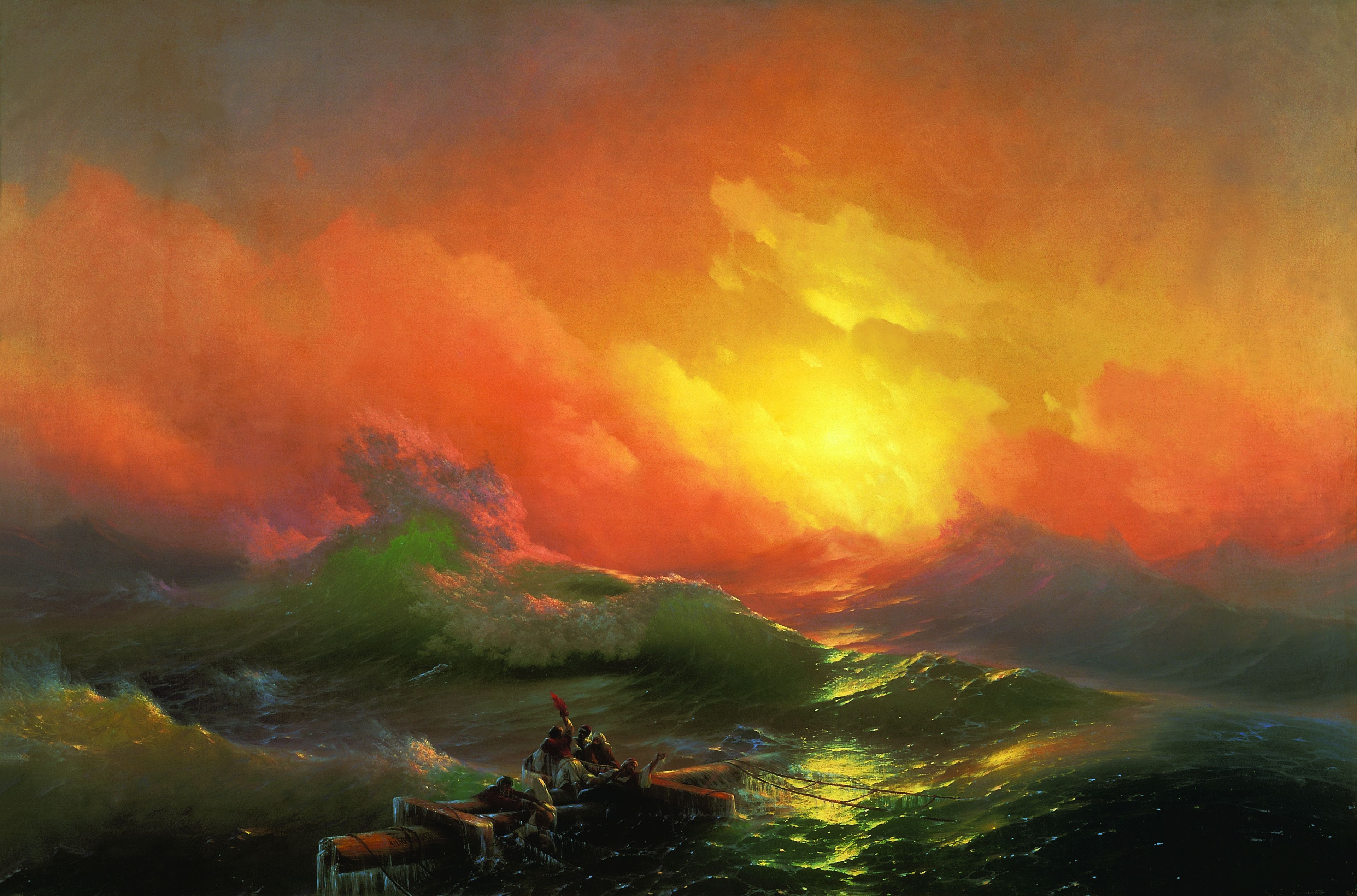 
the shipwrecked sailors remind me that not only that all things end, but that its not always over afterward. That's the lesson in life, no matter how bad it was, better days are ahead. Like the sun rising on a friendlier ocean after a horrible night at sea.

Re: New wall art for my new house

by phoenixcanary
I recently found this site called ectase, I love how the art looks. It's kinda modern though, so if you going for the traditional art style you probs won't like it.